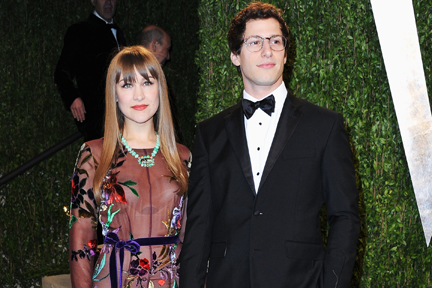 Joanna Newsom and Andy Samberg are now married, the couple announced their engagement back in February. The couple have been together for five years. Andy Samberg was formerly on SNL and now stars on Brooklyn Nine Nine and he also makes music with the Lonely Island. Thanks to the The Hollywood Reporter via Pitchfork.

Joanna Newsom – On a Good Day: