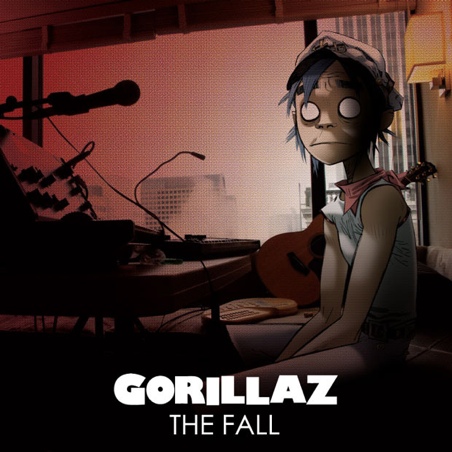 “Uhmmm….The first Gorillaz album, our debut record, was more Russel’s…like… lots of hip-hop, funk and Cuban dub stars. Demon Days right, came more from Noodle and her dark doomy demos that she made, and all of her contemplations on the world ‘in a place of night’. Plastic Beach came out mainly from Murdoc’s head, all of his mucky exploits and global collaborations and legendary mash-ups recorded on the Plastic Beach island in the middle of the ocean. Very rum and piratey… And this one The Fall, is mostly just me…something more gentle and just…well…it’s just me and an iPad really mucking about…trying out some stuff. Just looking at America and then tapping on the screen…I’m not really concentrating too hard on it….So, right, each album got all of us on it somewhere, but each time it’s… more of one of us than the others….Well, that’s how I see it anyway.”

You can listen to one of the tracks below.