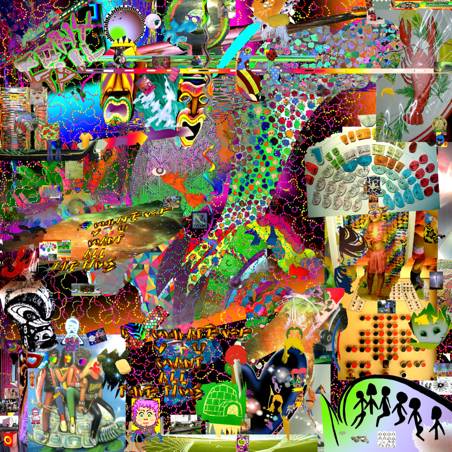 After the band announced in August of last year that they would be taking an indefinite hiatus I didn’t expect this news to come so quickly, I guess my estimation of indefinite hiatus would be years not months. The band have announced that they will be releasing “Whatever You Want All The Time” on April 12 on We Are Free. You can see the tracklisting for the album below.

New Video: Ponytail – Celebrate The Body Electric (It Came From An Angel)