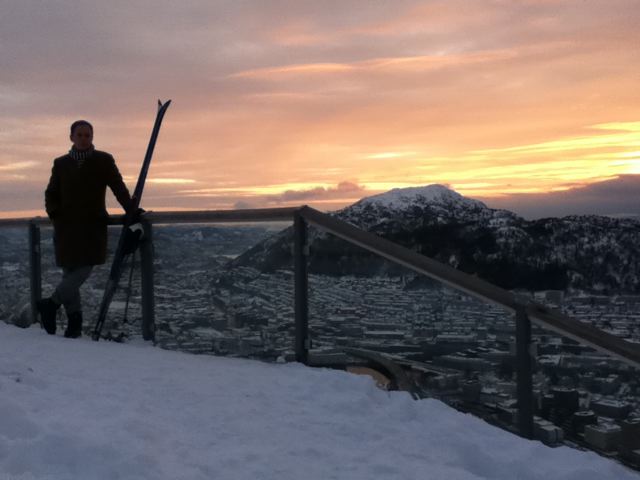 Jens Lekman hasn’t released an album since the spectacular “Night Falls Over Kortedala” all the way back in 2007, now he has announced that some of th new material that he is working on is starting to take shape and that he will try to release a new album and EP this year. Lekman took to his blog last week and gave his fans an update about the current work and well I’ll just post the juicy part of the post:

I’m still working on my next record, I know it’s been a while. It’s taken a long time because it started to take shape only a few months ago. Up until then it was a cluster of everything. As if you would have dug your hand down your pocket and just thrown the contents on the table – sort of like my three last albums and there’s nothing wrong with them but this one’s an Album. It’s been trying to tell me that the whole time.

It’s been trying to tell me that I don’t have much say in this, that the process is not like building from the ground up, but rather like unfolding from the top down. I set out to write about anything but myself and ended up writing only about myself and maybe 3-4 other people who really don’t serve any other purpose than to reflect myself. It’s been trying to tell me that a self portrait is not just a dialogue between you and yourself, but it’s also a dialogue with a third person – the beholder. Or in a larger perspective – society. Yeah right album, whatever you say.

I set out to write about anything but heartbreak, and ended up writing almost entirely about it. I felt like a war correspondent, wishing for a small column about gardening. Putting on my helmet and my bulletproof vest one more day. It said: You’re doing a good thing, remember all the people who write to you with their stories. All they want is someone to tell them theirs so they know they’re not alone. I said : Yeah yeah yeah.

So as you can see Jens Lekman is currently working on new material and I hope its released as soon as possible which will probably be in the Autumn. Thanks to Twentyfourbit.

Jens Lekman – Do You Remember the Riots? [Alt]