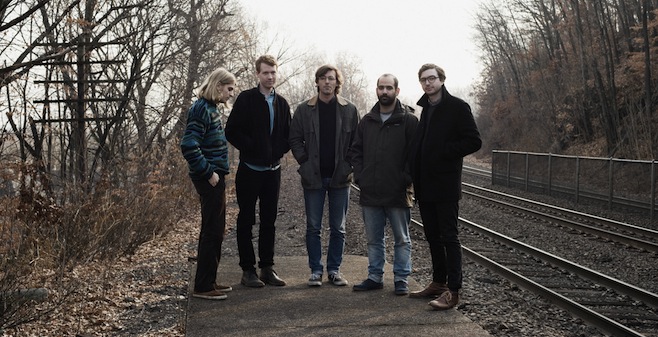 Real Estate premiered two new songs on WNYC’s Soundcheck last night from their upcoming album “Atlas”. The band premiered the tracks ‘The Bend’ and ‘April’s Song’ and performed ‘Talking Backwards’. “Atlas” will be released on March 4 in the US and March 5 in the UK. You can listen to the session below.