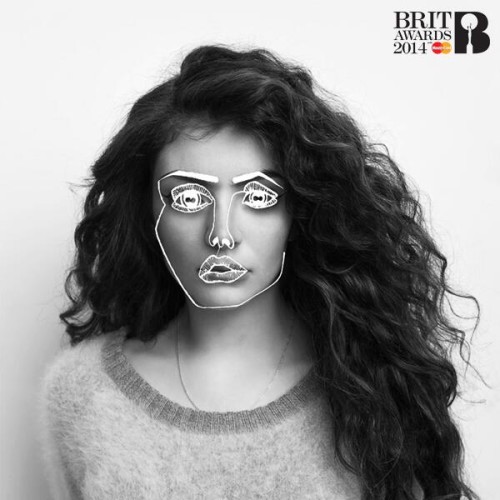 Disclosure have been on a roll recently collaborating with Mary J. Blige, Q-Tip and Bishop Nehru and it appears they will now be working with Lorde. Fresh off her Record of the Year Grammy win, the New Zealand native will be performing with Disclosure at the 2014 Brit Awards. The award ceremony is taking place on February 19, the Brit Awards tweeted the image of Lorde that you can see up there, which features Lorde with her face in the style of Disclosure’s cover art. They later confirmed that the performance will take place. They still haven’t announced what song they will be performing.