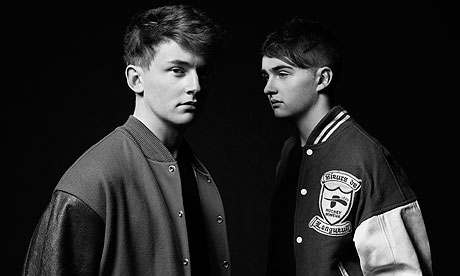 Disclosure’s new video for ‘Help Me Lose My Mind’ was removed from Youtube Friday by the group’s label PMR short after it was put up. The video was taken down due to its depiction of drug use. Here is the label’s reasoning for taking down the video:

The video for Disclosure’s new single “Help Me Lose My Mind” was revealed this morning and as with previous Disclosure videos, it was about the connection of people having a good time, something that Disclosure want associated with their music and what we hope people have done when they’ve seen the band live or while listening to their music. Unfortunately the video has received a few comments referencing the use of drugs within the video.
PMR feel very strongly against the glamorisation of drugs in any capacity and as such we have made the decision to remove the video.

Why would they allow the video to be made in the first place? Something doesn’t make sense or someone at the label is getting fired for approving this.

Disclosure To Perform With Lorde