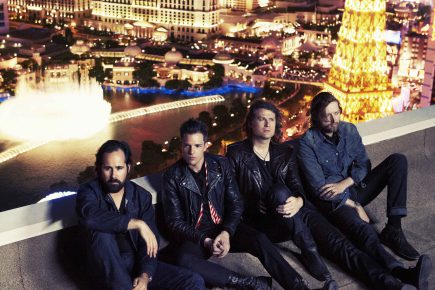 The Killers released the video for the song ‘Shot at the Night’ which was produced by M83’s Anthony Gonzalez. The video is directed by Roboshobo and Bella Heathcote and Mx Minghella star in the video which is set in Las Vegas. You can watch the new video below.

New The Killers – Shot at the Night (Produced by M83)