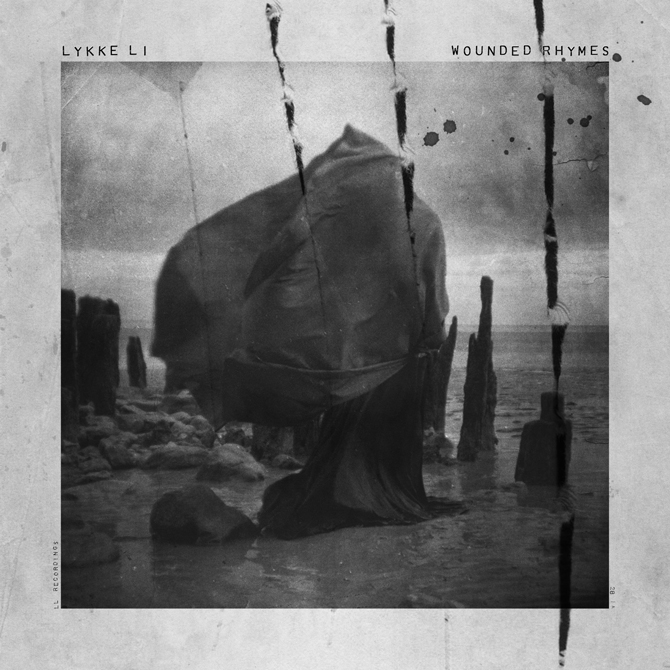 Lykke Li’s second album “Wounded Rhymes” has leaked. It is the much-anticipated release of her second album since the release of her 2008 album “Youth Novels”. Once again Björn Yttling of Peter, Bjorn and John handled production duties on the album, he incorporates the use of tribal drums throughout most of the album and they can be heard on the three songs she has released prior to the leak; ‘Get Some’, ‘I Follow Rivers’ and ‘Love Out of Lust’. Lykke Li wrote the album in Los Angeles after wanting to get away from the Swedish winter and talks about how romantic the idea of Los Angeles while also acknowledging the dark side of the city; there is a darker element to this album than her debut; the album shows how she went through a heartbreak and the pounding beats found on the album just heighten the dramatic impact of the album. One of the standouts has to be the 60s girl band sounding track ‘Unrequited Love’ featuring more sparse arrangements than the rest of the tracks with just guitars and Lykke Li’s vocals, she incorporates this style again with ‘Sadness is a Blessing’ with more reverb and drums and static throughout the track and the closer ‘Silent My Song’. Her heartbreak is most apparent in ‘Jerome’, which has her singing about the guy who for some crazy reason left Lykke Li. “Wounded Rhymes” is set to be released on March 1, you can buy it here and listen to a b-side from the ‘Get Some’ single below.

New Lykke Li – The Only